Hilarious Moment: Realizing You Rank Quite Well For A Stupid Query

I think it happens to all of us who work in SEO. Thanks to Google Search Console, we have meager data (but data nonetheless) on what we rank on. Turns out, for a little while, I was on the first page of search results (in Canada) for the sentence “petty as fuck“. It’s pretty insane in and of itself because I would consider three types of contents to rank before me:

Which brings me back fond memories of what SEO was about quite a few years ago.

uite a few years ago. I mean, there was an entire website dedicated to the random queries people typed in the Google search bar. In France, it was called “how to become a ninja for free”. It basically listed all the random ass queries that people could type to end on a website. The owner of said site would just submit the data for all to enjoy. This was back when Google actually gave us a more transparent view on what people were looking for.

I believe they made a book out of it. Come to think of it, I should check if there’s a digital version of it. I know it would be a good investment. Hours and hours of fun because most of these queries are…you guessed it, petty a fuck.

Petty as fuck is loosely defined in my head as blowing things out of proportion. I tend to do that a lot. I think it’s due to my personality and my career choices. If you optimize things without really having a clear cut understanding of what tiny little detail will make a difference…you sometimes sweat the small details. I can’t count the amount of times I’ve been asked to literally predict the god damn future by managers who confessed to me that they didn’t really know what the fuck I did for a living.

So do you find yourself having petty moments? Throwing a shit fit for something only to realize later (be it seconds or days after) that it wasn’t worth the hassle?

Come on, be honest here. I’m sure you have those moments. They aren’t reserved for fashionistas and developers you know.

Not the first time this happens

I’ve actually ranked on weirder terms than this one. A previous blog of mine discussed everything from Roman history to Paris fashion events. So basically it brought random people looking for random things.

My most notable queries?

Thanks for the curveball Google 🙂

Super important sidenote for your look. These pins actually exist and rank below me on the “petty as fuck” scale: 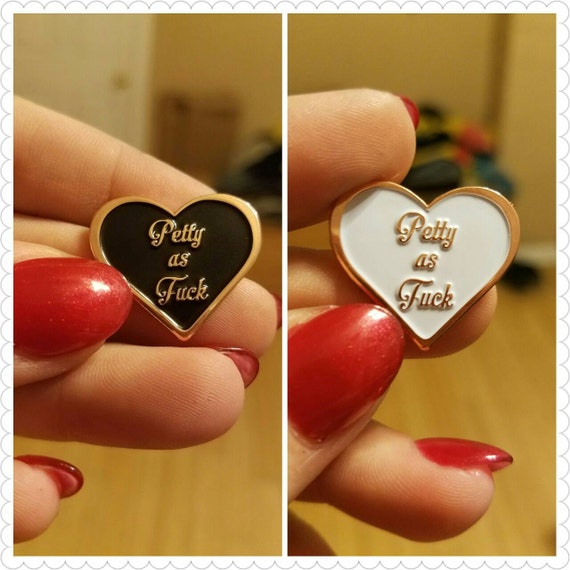